Crashed Your Car? Check If Your Insurer Is Likely To Increase Your Rates

Apart from injury and car damage, one of the most dreaded things about auto accidents is that they can increase your insurance rates. In fact, this is one of the reasons why some people do not make "small" claims. However, getting involved in an accident doesn't automatically mean that your insurance rates will increase. The rates are likely to be increased if:

You Have A Questionable History

Apart from your accident, your insurance carrier will also evaluate your driving history. If you have a clean history, then a single incident isn't likely to lead to an increase in rates. Insurers understand that accidents can happen to everybody.

However, if you have a head-on collision today, a fender bender within the last three months and a DUI charge last year, then your rate can easily go up. In this case, you are clearly a risky driver who is likely to cause the insurance company a lot of money.

You Were At Fault

Another thing your carrier will look at is who caused the accident. If you were not at fault, and the other motorist's insurer pays for the damages, then your rates will not increase. In this case, you haven't cost your insurer any money or risk. Of course, this doesn't apply in no-fault states since your insurer will foot the bill irrespective of who caused the accident.

However, you may experience an increase in rates if the at-fault driver doesn't have auto insurance. This is because your insurance company will have to foot the bill via relevant channels such as personal injury protection or uninsured motorist coverage.

The Accident was Severe

Lastly, the severity of your crash will also be considered. Insurance companies increase rates to protect themselves from potential risks, meaning they are more wary of big losses than smaller ones. This means that your rates are likely to increase after a crash that costs half of the value of your car to repair as compared to a fender-bender that requires just a few dollars.

As usual, a combination of these factors is more likely to result in a rate increase than one single factor. For example, if you were at fault and the damage is great, then your rate is more likely to increase than if you were at fault but the damage was minimal. Also, each company has its own sets of rules and conditions determining these things. Contact a professional insurance company, like CDS Insurance Services, for more information on their policies. 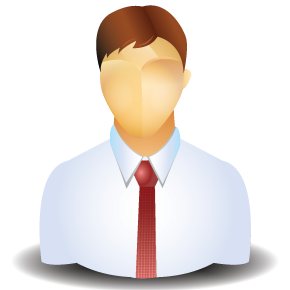